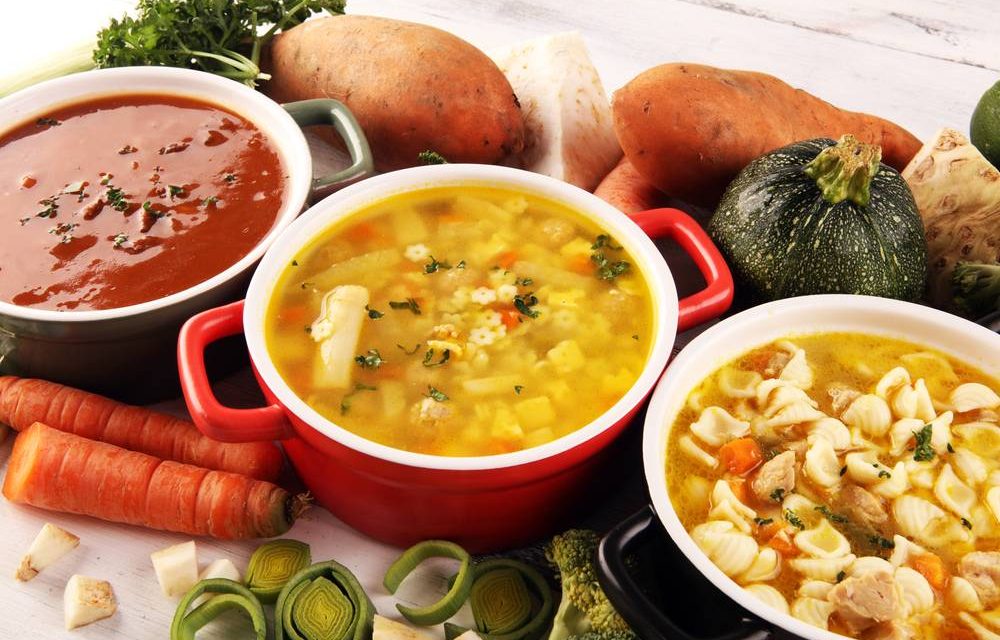 ‘Eating’ and ‘healthy’ are two words which seem to have married and are definitely not shy of publicly displaying their affection for one another. As the world is becoming more and more aware of the kinds of diets and their role in our health, let’s look at some of the food eaten across the world where balance and nutrition are naturally incorporated into the cuisines. Fortunately, you won’t really require a whole lifestyle overhaul to start eating healthy. So here are some of the Healthiest Cuisines from around the world.

Yes, it’s more than salad and yogurt. A cuisine too good to be true that has all the right ingredients and the taste is a chef’s kiss. This is the kind of diet that takes care of itself and of people who *cough* ‘just can’t adult’, by way of its emphasis on unsaturated fats, legumes, vegetables, fish and grains. They cook mostly with olive oil, which we know to be good for heart health. Since the Greeks incorporate a lot of fresh veggies, their diet is very vegetarian and vegan friendly. It can be said that the cuisine has a more diverse group of friends and admirers than most people we know.

Any self-respecting, ‘wander lusting’ person would definitely have Japan on their bucket list. They are undoubtedly some of the most creative and efficient people out there and their philosophy of food is no exception. Any sustainable diet has three requirements – balance, variety and moderation. The Japanese sure do combine it all expertly with the practice of ‘Hara Hachi Bu’. It’s nothing but the practice of eating till you are 80% full.

Japanese Cuisine is based on seafood and vegetables that are either stir fried or steamed, making it naturally low fat and high energy. It really is about the simpler things. The Japanese have one of the highest life expectancies and some of the lowest rates of chronic disease. So, if you want to live long enough to see the human population shifting to Mars, we recommend a Japanese diet.

The West has a notion of Indian food to be ‘curry’, spice rich and just plain unhealthy. We inform you with regret that you have been the victim of a pointless scam. Indian food is actually rich in legumes, vegetables and fruits. And the spice is not as much ‘spicy’ as it is ‘flavourful’. Indian food is known to be made of ingredients that are naturally anti-inflammatory and antiseptic as well as cancer preventing.

Along with being vegetarian and vegan friendly, the turmeric and ginger which are an everyday part of their cuisine have been found to lower the risk of Alzheimer’s in people. The Indian diet has lentils and vegetables as a staple, with abundant options, making it a very well rounded and nutritionally dense diet. Maybe it is time to rethink your opinion of Indian food, now that you have better facts thanks to us.

Related: Top 5 Indian Desserts to Dig Into| Love Indian Food- These Ingredients are must have in Your Pantry

Korean food and Korean pop have recently been unstoppable in America. Their food has loads of vegetables, generally steamed. Rice is the preferred staple. The Korean diet is not big on fat and features a lot of tofu, eggs and noodles, and the ever popular and favorite – kimchi. Kimchi is nothing but fermented vegetables and acts as a probiotic. Not just their skincare industry, but their diets and lifestyle have been considered to be years ahead with respect to their western counterparts. If your first reason for wanting to go to Korea was BTS, the second can be their food.

We can hear Nicki Minaj singing, ‘Somehow I understood him when he spoke Thai’. Maybe your body will also love you that much if you ate Thai cuisine. It is intense in flavor with next to zero dependence on fats and meats. Thai food is known to boost metabolism and aid digestion due to their standout ingredients being turmeric, coriander, ginger and lemongrass – foods that are known to have cancer fighting properties. The Thai diet is another in this list that is vegetarian and vegan friendly, should you wish for that. But then again, you’ll find enough balance with sumptuous seafood just as well.

It is not just IKEA and H&M that Sweden has gifted the world with. The Scandinavian cuisine is considered to be one of the healthiest in the world. Were you someone who cried over eating vegetables as a kid but realized only in adulthood how vital they are for your health? Well, the Scandinavian diet takes it up a notch! Their cuisine is rich in root vegetables like carrots and beetroots, and a lot of cabbage and brussels sprouts. Top that off with the fact that berries, fish and dairy which are rich in antioxidants are recurring protagonists of the Swedish Cuisine.

Even their bread is healthy, being made of whole wheat grain rye. A lot of their food is prepared from scratch. It’s a very ‘garden to the mouth’ kind of culinary experience. That’s right, your retirement dream is their everyday reality. This explains their obesity rate which is less than 10% and the fact that they have an average life expectancy of 80 years. They truly have managed to establish a sustainable system of food in the country.

Contrary to the cheese laden food you see at tex mex restaurants, authentic Mexican food is rather low in fat and their food philosophy revolves around portion control. They have a number of small dishes made of beans, corn and olive oil and sea food called Tapas that make up their meal. Dried fruits and nuts are naturally a part of their diet, something they don’t have to remind themselves to eat.

Another piece of information that would make you pack your bags and move there immediately is that they encourage ‘siestas’ or afternoon naps to regulate better sleep cycles. It’s worth taking a trip there for those siestas and gazpacho, which by the way, is known to have cancer fighting properties.

Simple foods focused on seasonal produce can never go wrong, unlike that dress you ordered from a shady website. The food there is very farm to mouth, much like Sweden, which accounts for its low calorie and high nutrient value. It is not just the coast that makes the place that attractive. It’s the broccoli rabe, grilled veggie skewers, Italian parsley and orecchiette pasta with parmesan cheese. And being a cuisine that focuses on local produce makes it easily accessible for vegetarians and vegans alike.

See also: What would you Find at a Dinner Table in California

You know what’s the secret to a long and healthy life? Cooking in water and broth instead of oil. Plus, the Vietnamese food being rice based is naturally low in gluten, unlike their western counterparts. Probably their most well-known dish, the ‘pho’, a noodle soup, is packed with antioxidants which naturally aids in digestion. This is also ideal to have after a night of binging on anything, be it Netflix or drinks, to set and regulate your system right away.

If you are still not convinced, here is another little factoid – a lot of the herbs and flavors that the Vietnamese use in their food like cilantro, mint, basil, anise etc have traditionally been used in making medicine for various ailments. Eating ‘healthy’ takes on a whole new meaning here.

Raise your hands if you think a diet high in fiber and protein is good for health. The Ethiopian diet mainly consists of grains, lentils, kale, tomatoes, lamb and eggs. Sounds mouth-watering! Their diet consists of a particular spongy flatbread called injera. It has been labelled as one of the healthiest carbohydrates in the world.

Something very interesting about their cuisine is that the food is designed to be eaten with friends and family, often served on a communal platter. Interestingly, feeding each other or offering them food is seen as something lovable and respectful. So yeah, you don’t need to hold a grudge over sharing food, because you will get much more than you give. Vegans and vegetarians have cause to celebrate as the extremely flavorful Ethiopian food is very friendly towards them. If you are considering giving up meat, moving to Ethiopia or India would be a good idea.

One doesn’t need to be Sherlock to notice the very obvious pattern in all of the above-mentioned cuisines – a focus on keeping things low fat and high protein with the inclusion of lots of vegetables and fruits. So, if you want to live a long healthy life, you can either move to one of these countries or customise a diet as per these elements for yourself. We recommend going with the easier option, whichever that might be for you. Eating healthy might require a certain degree of planning and preparation, but only in the initial days. Until then, you can always try the food at restaurants or try making it yourself. Your taste buds and health insurance will thank you for it.

Also read: You are What You Eat. Why are Food Choices Essential and How they Affect Us?| 4 Bread Alternatives- Best Substitutesea| Going Pescatarian? Learn About The Healthiest Fish 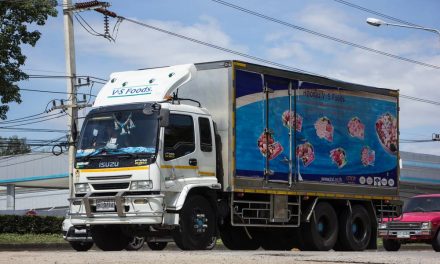 How To Ship Frozen And Cold Food 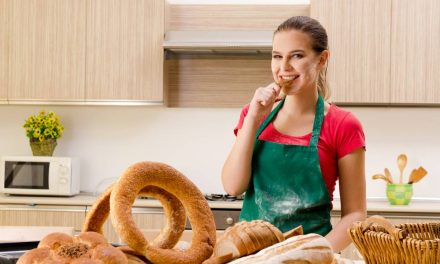 How To Run a Baking Business Without A Store 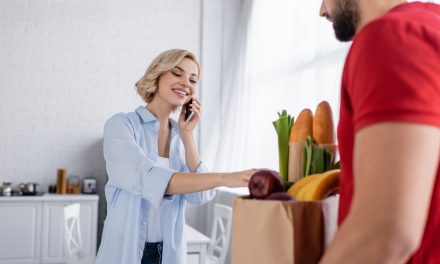 How To Ensure Customer Satisfaction At Your Restaurant? 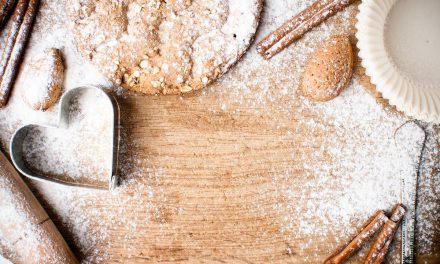 Baking Blunders and How To Fix Them