Love Indian Food- These Ingredients are must have in Your Pantry

One of the most well rounded and nutritious cuisines in the world, Indian food is something that is equally benevolent to your taste palette. It gratifies it, challenges it and opens up a whole new world for you to experience. It is no surprise that India is a big country with each state significantly diverse from the other in terms of its culture and food habits. This is the true magic of Indian food, that the variety is endless. So if you are planning to dip your toes into the gargantuan experience that it is, here are a few basic ingredients that you should have in your pantry to be able to cook a convincing and authentic Indian meal.

1. Clarified Butter (Ghee): Indians love their ghee. They eat it every day and in every meal. It is used in a lot of cooking, from regular dishes to desserts or just as a thin spread over food. It should be the first thing on your list if you want to eat authentic Indian food.

2. Asafoetida (Hing): One of the first things that is added to the oil or clarified butter, a quarter of a teaspoon goes a long way. It is used in pretty much every Indian dish there is. While its taste and smell fade significantly towards the completion of the dish, it is still prized for its digestive properties.

3. Black Mustard Seeds (Rai): You must have heard of lentil soup. That’s a corruption of the Indian D You must also have heard of curry. Indians refuse to acknowledge that as their own, because real curry is a lot more diverse with a clearer taste. And black mustard seeds are present in both dal and curries. They are the first thing added to the hot oil where they pop and release their flavor.

4. Cumin (Jeera): Goes into the hot oil after black mustard seeds and adds a certain dimension to the dish that gives it a refined flavor. The aroma of this should be a dish in itself.

5. Turmeric (Haldi): This should be a known fact that Indians put turmeric in most of their food. It is the ingredient that gives Indian food its color. Its anti-inflammatory and antibiotic properties have given it a permanent place on the Indian shelf.

6. Chilli (Red Mirchi): There are many kinds of red chillies used in Indian cooking. Here we are referring to a wide umbrella term for red powdered chilli that gives Indian food that spice that it is so famous for.

7. Warm Spice Mix (Garam Masala): If your grandma made Indian food, this would be her secret ingredient. If you could name the one thing that makes Indian cooking so unique, it would be this. You should get this anyway and sprinkle it over all of your food, Indian or not. Once you try it, you can never truly go back.

8. Cilantro (Coriander/Dhaniya): If you have an Indian grandmother in your neighborhood, ask her about this ingredient and she will probably tell you how the vendors in India toss it in for free when they go to buy vegetables. Cilantro is the final ingredient added to any dish and it works to enhance the overall flavor of the cooking. In fact, a lot of people would be culinary upset if their food did not have cilantro.

9. Ajwain: These are tiny seeds that taste something like a cross oregano and black pepper. Should you make naan, okra or parathas (which are a kind of stuffed bread), you would find yourself using it a lot.

10. Split lentils (dal): This is what is used to make the previously mentioned lentil soup, except that the authentic Indian version is had with roti or rice. They do come in quite a variety like yellow, red, black and white lentils. At the same time, they are used for making different kinds of dal, each with their own distinct flavor.

11. Wheat (aata): While naan might be better known and more popular in America, it is roti that is most commonly eaten in India. It is an unleavened bread made of wheat and cooked on a flat griddle called tava. This is the most common accompaniment to dals and curries, after rice.

12. Rice: Yes, you guessed it. While rice is certainly more popular in the south of India than the north, every self-respecting Indian eats rice as a part of their diet. And you should too if you plan to have authentic Indian meals.

13. Pickles: A burst of spice and flavor, every Indian household has at least a few of these all year round. They act as a little something extra to your regular meals. While most people, India and abroad, prefer to buy it, in many parts of the country, making pickles is still a yearly summer event that is quite labor intensive. Hence, it ends up bringing the whole neighborhood together to contribute.

14. Yogurt: Indians will say that they laid claim on this before the Greeks did. While we don’t know the chronology of that, it is used in a lot of dishes as a final addition, for its acidity. Drinks are made out of it as well as accompaniments like raita etc.

15. Onions and Tomatoes: While Indian cooking uses almost every vegetable on the planet, onions and tomatoes are automatically considered a part of every and any dish, unless expressly mentioned to not be included.

While Indian cuisine uses a whole plethora of condiments, these are the basics to get you into the rabbit hole. It is a simple but layered cuisine that is surprisingly easy to master. And once you start, there’s no stopping, because this is a true addiction. One that your family, friends, your body and even your tongue will thank you for. So just put these on your list for your next trip to the supermarket and start cooking. 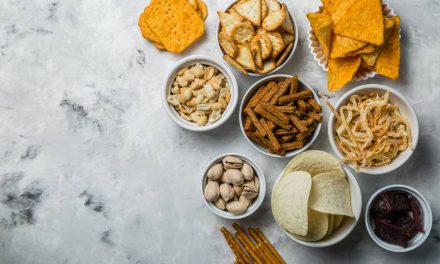 Top 10 Profitable Snack Items You Can Sell In 2021

What would you Find at a Dinner Table in California 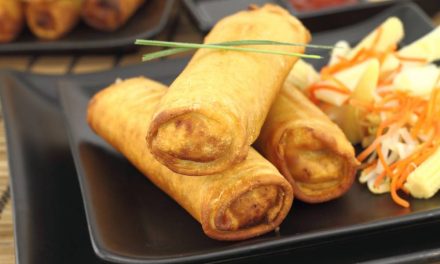 Preparing “Spring” Rolls For The Season